Visit Nimis – The place you won’t find on any map

Nimis in the south of Sweden is as strange as it is controversial. It is a work of art in a nature reserve and a life-threatening jungle gym - all in one. Visit at your own risk with good shoes and a lot of caution and be prepared to be both surprised and enchanted!

“Is this the parking lot if you want to visit Nimis ?” The woman from the County Administrative Board who is trying to keep order in the car chaos looks harshly at us and tries to wave us away. It’s clear she wants us to turn around and leave the place. We don’t understand anything. There are no signs. No marking on the map. Are we really in the right place? Now after having visited Nimis several times, we understand why. But it’s not a completely uncomplicated story. And Nimis is not a completely uncomplicated place.

Nimis is a giant work of art made of driftwood and sticks, that the artist Lars Vilks created over 30 years on a cobblestone beach in the nature reserve Kullaberg on the Kulla Peninsula (Kullahalvön) in Skåne. Nimis is hard to describe. The name itself is Latin and means “too much”. Perhaps that is the best description of them all? Or is Nimis just a big pickpocket in an inaccessible place? Or maybe a large jungle gym in one of Sweden’s most beautiful places? As usual, art is defined only by the eyes of the viewer. Nimis is what you want it to be.

Over the years, the site has been rebuilt and destroyed, both by vandals and by authorities. Building a large work of art in a nature reserve is of course not allowed and the controversies and lawsuits over the year have been many. Officially, Nimis is a black build. A black build that attracts hundreds of visitors each day. Every day during the summer, even thousands.

Nimis is not the only work of art on the beach, here you’ll also find the ISBN-rated “book” Arx in concrete. Together, the area forms the self-proclaimed micronation Ladonia, which has its own queen, a flag, but no inhabitants.

SHOULD I GO HERE?

Since Nimis is not an official place in Kullaberg’s nature reserve, you will not find the place on any of the nature reserve’s maps. The reason is simple. It is not possible to guarantee the safety of the visitors. Neither on the path down to Nimis nor at the artwork itself.

First of all – The road down to Nimis is an unofficial and very, very steep path. And I really mean it. Forget about bringing the baby stroller. This is not a place to take small children. Do not even think about taking the baby on your shoulders when it gets steep. You need to use your hands to climb – both on the way down and the way up. Even children who can walk on their own should be old enough to understand that they need to walk slowly and carefully. The slopes down to the sea are steep and dangerous.

Even dogs have a hard time hiking to Nimis. In most cases they can join all the way down to the beginning of Nimis, but they cannot walk down to the beach. Believe me – we have tried…

Second – Nimis is basically a large uninspected jungle gym. Full of rusty nails, broken planks, sticks and narrow passages. It is easy to injure oneself among the nailed driftwood and it is pretty far to walk back to the car. If you decide to climb into Nimis, be very careful and if it feels unsafe – just climb out.

Third – This is not a hike made for flip-flops or for anyone with knee problems. You need stable shoes and be prepared for a sweaty walk that will give you muscle pain as if you have been walking the stair master. Bring water, even if it is not particularly hot. We have visited Nimis in weather ranging from 14 degrees and rain to 27 degrees and radiant sun. I recommend going here when it is not raining (it gets very slippery on the path) and when it is not 27 degrees (it was a bit too hot on the way back…).

As I wrote in the beginning of the post, we have actually visited Nimis several times. The path down to Nimis goes partly on the beautiful hiking path Kullaleden, through lush deciduous forest, moss-covered rocks and lovely views over the glittering blue Skälderviken. But a visit to Nimis is (no matter what you think of this piece of art) an awesome experience in a magically beautiful place.

It is possible to visit Nimis without climbing on the artwork and it is possible to walk down to the beach if you are careful, have good shoes and are a bit fit. However, I do not recommend anyone to climb on Nimis, it is a risky project .

The safest way to see Nimis is probably by boat, where the Kullbergsguiderna offer porpoise safaris with a view of Nimis from the sea.

OK, I’M NOT DISCOURAGED – I STILL WANT TO GO HERE!

The nearest car park to Nimis is in Himmelstorp , between Mölle and Brunnby. Follow the sign from Norra kustvägen towards ” Himmelstorps hembygdsgård / Kullaberg / Domarring “. At the end of the road there are two parking lots – the top one is the smaller of the two, but it is also the one closest to Nimis. During summer, both car parks are often full before lunch, so plan to visit the place in the morning or in the evening when there are less visitors.

To find Nimis from the car park, go west on Kullaleden, along the sea. There are no signs, but there is a yellow “N” painted on the trees, so it is not difficult to find.

At Himmelstorp there is a seasonal café with waffles and ice cream, which is a much appreciated stop on the way back to the parking lot. A Kullamust (locally produced apple juice) has never tasted so good after a visit to Nimis!

Want to read more from Sweden?

In northeastern Skåne, Åhus is located on the white beaches of Hanö Bay. Lined…

Restaurants on Kullahalvön – My 10 favourites

Travel photographer from Sweden with more than 50 countries and 20 years of travel in her luggage. Travels all around the world together with her husband, daughter and a Nikon D800. Favourite destinations? Beautiful landscapes, big cities and design hotels.

Travelers' Map is loading...
If you see this after your page is loaded completely, leafletJS files are missing. 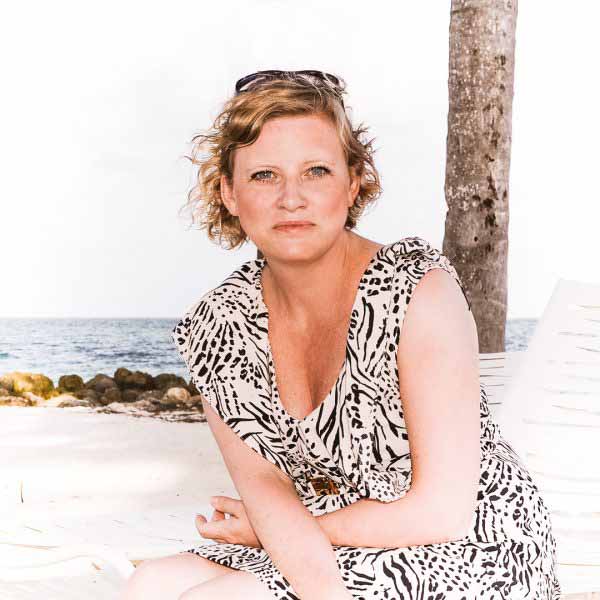 RUCKSACK is an award winning Swedish travel blog by Eva Gyllenberg, that takes you along on a journey around the world in thousands of photos.

With Rucksack, Eva takes you on a journey around our fantastic and colorful world, filled with nature and adventure. So far her travels have taken her to over 55 countries. Where you’ll find her right now? Probably somewhere hiking the mountains, inhaling the salty air of an exhaling whale or eating hearty meals in a local favourite restaurant.

Would you like to get in touch with me? Send an email to info@rucksack.se

My main blog is in Swedish - find it on www.rucksack.se

Visit Nimis – The place you won’t find on any map